Nootka Sound is a great place to fish it has some of the best salmon and bottom fishing in British Columbia. It is close to major airports and is easily accessible.  In Nootka sound we can offer three distinct fishing adventures all on the same charter.

We target large mature summer chinook (kings) which are returning to local rivers and the Conuma river hatchery. Inside the sound the waters are protected from large ocean waves and swells. Here you can fish all day long and think you are on a small lake. If you suffer from motion sickness this is the place for you.

We target large chinook and coho salmon. We fish along the outer shore of Nootka Island and Vancouver island the outer beach area's are staging and feeding areas for salmon migrating to rivers further south and Nootka sound fish coming home to thier natal rivers. The majority of the fishing takes place in shallow water sometimes in less than forty feet. The salmon caught here are often aggressive and the bites are intense, frequent and long lasting. Along the outer beaches is where you will see large groups of sea otter families, steller and california sea lions, orca and humpback whales.

For the more adventurous the offshore fishery offers great salmon fishing and also some of the best halibut and bottom fishing on the Westcoast. We will be fishing the  50 fathom contour commonly called the highway which large chinook follow on their southern migration back to thier rivers to spawn. Not far from the highway we will also target halibut and bottom fish like lingcod and rockfish on many of the pinnacles and rocks. Later in the summer we also may get a chance to fish for albacore tuna if weather cooperates.

Wild Salmon are nourished by Nature 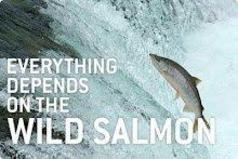 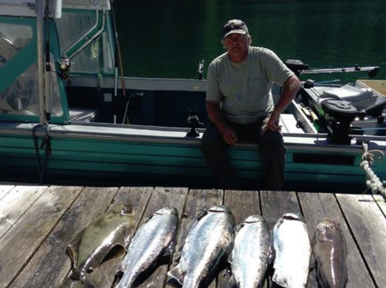 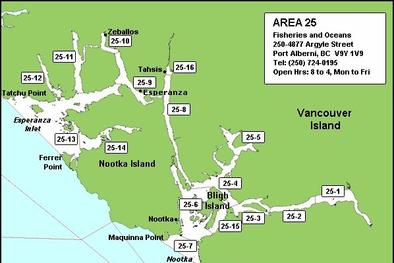